Under contract to JPL, SDL built, tested, and calibrated the WISE science instrument. Following delivery of the payload, SDL provided support for instrument‐spacecraft integration, pre‐launch operations, and on‐orbit operations throughout the mission.

WISE is a highly sensitive astronomical telescope that surveyed the entire sky in four mid‐infrared bands spanning from 2.6 to 26 microns, cataloging hundreds of millions of astronomical objects including many asteroids (among them several hundred near‐Earth asteroids), brown dwarf stars (including, quite possibly, the closest star to our Sun), and ultra‐luminous infrared galaxies.

In the course of its mission, WISE discovered 17 comets, 134 near-earth objects, and over 34,000 asteroids. As the WISE data is analyzed over the next several years, scientists expect to find hundreds of previously undiscovered objects including the closest stars to our sun. Launched in December 2009, WISE scanned the entire sky one-and-one-half times. 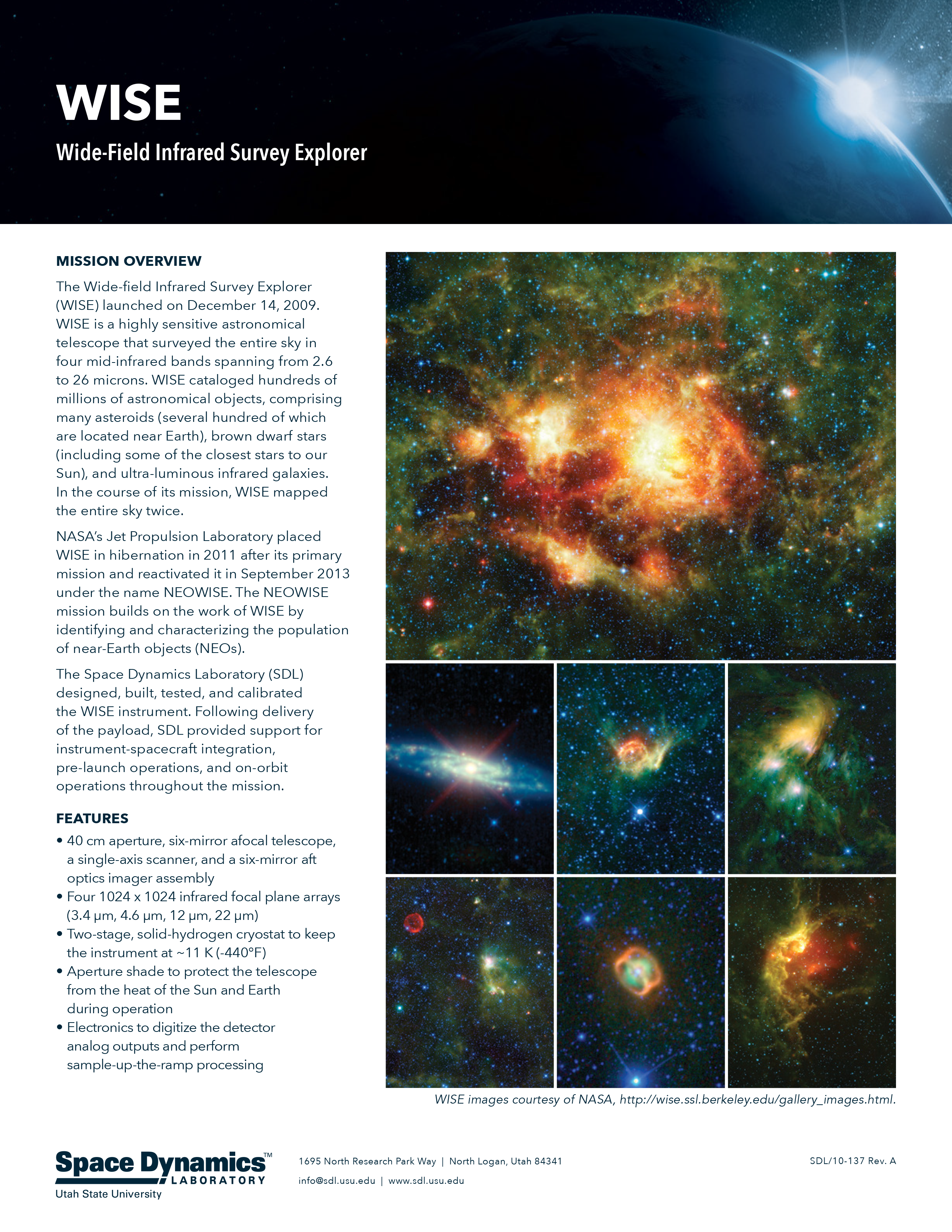 SDL Ships Science Instrument to Chart the Skies
SDL, 19 May 2009